For the second year, I have been invited to speak at the University of Hawaii, Maui Campus' Culinary Arts class on the subject of alternative careers in the culinary arts. My topic... food photography & food styling.

Equipped with A/V materials on the subject matter and a handful of videos courtesy of YouTube, I managed to blather on for well over 90 minutes. The students, all fresh-faced and inquisitive, remained rapt (much to my surprise) throughout the presentation. A long & interesting Q&A session ended the presentation... great, thoughtful questions from the standing room only crowd. I will be back to do it again next year.

More news on the Photographic education front, I will be teaching a one day workshop at the UofH's H'lulu Outreach Campus' Pacific New Media Center this summer. Portraiture will be the subject matter covered. Dates not yet determined so stay tuned. 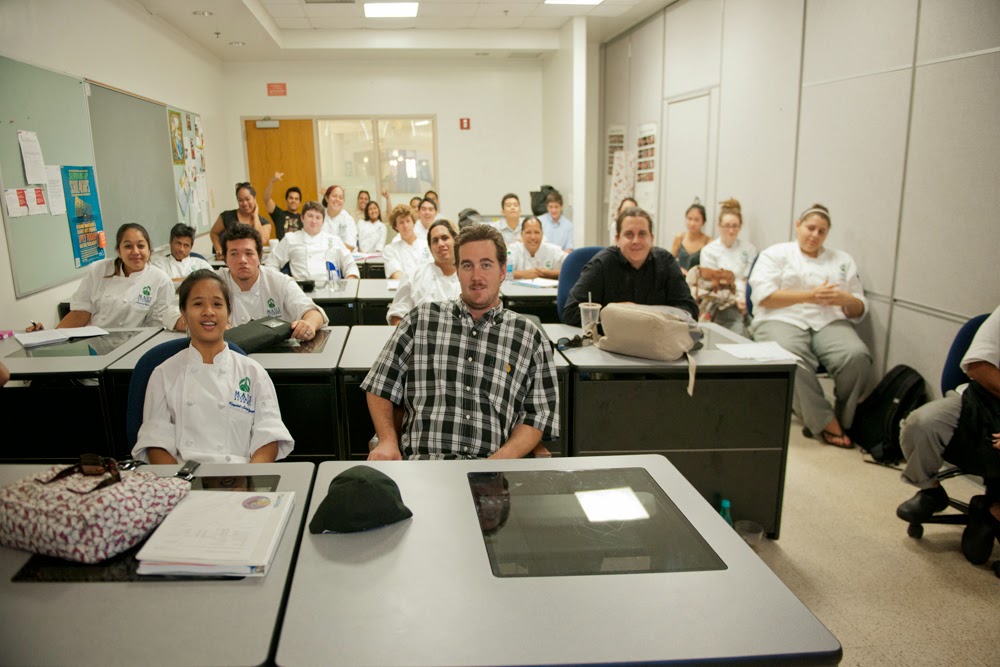 Posted by Tony Novak-Clifford at 5:28 PM No comments: 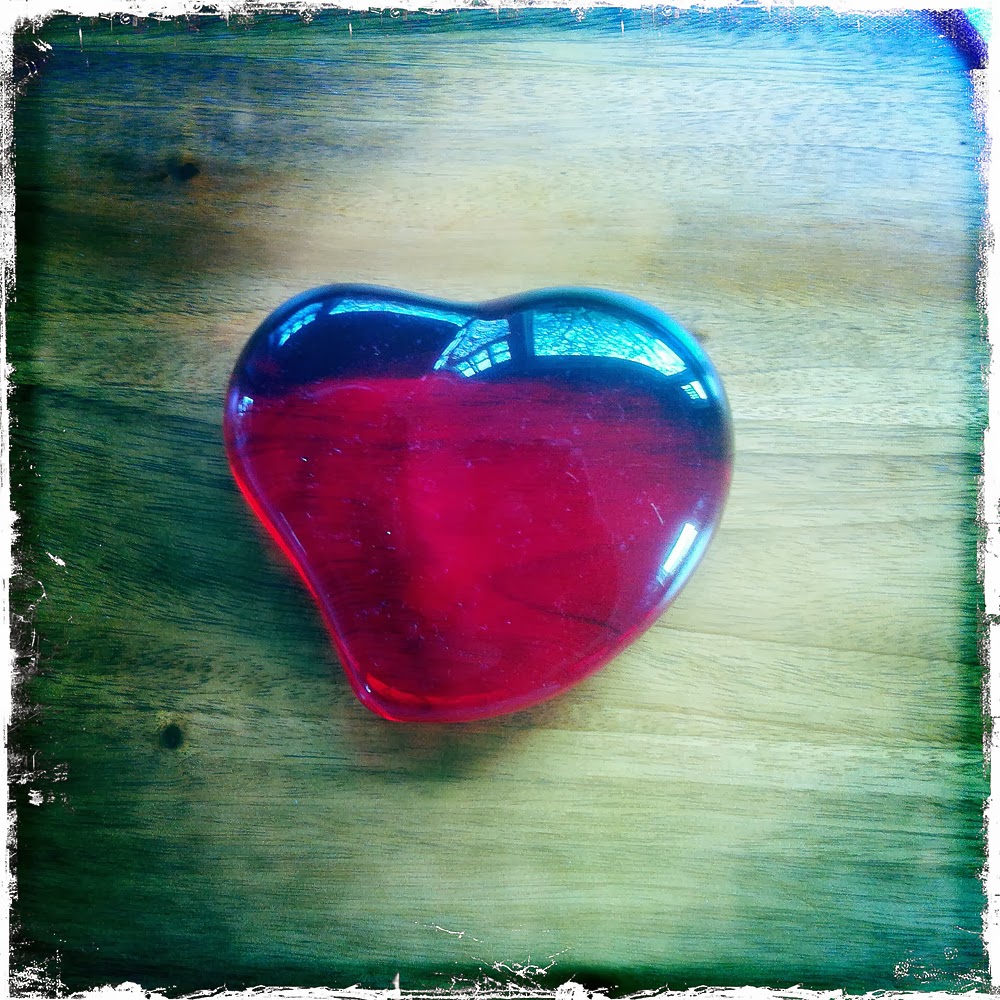 It's the day for our expressing love, fondness and appreciation to our romantic interests. Cards, flowers, candies... another retailers jackpot and something we should do on a daily basis anyway.

OK... do I sound crabby? It might have been that trip down the mountain to the place where the traffic was completely insane. Or the trip to the shopping center & big box store, crowded and busy with crowds completely unaware of those around them and shuffling slowly down the aisles in a four-abreast formation or blocking entrance as they leisurely lunched at every food sample station in the place. Maybe it was the early morning dog-walking encounter with a fellow walker proclaiming that the public park was his/her private domain, and the fang-bearing response it prompted from me.

Forgive me. It's time to turn this ship around before I head over the edge in terminal funk. It's the day for love, after all...

Happy Valentine's Day to all!
Posted by Tony Novak-Clifford at 5:24 PM No comments:


Spent much of the morning paying monthly business taxes and other essential accounting drudgery after a very early morning round of creative briefing with a new client in Pittsburg.

Several hours wasted spent reviewing work made in the past two years in search of suitable entries for the Contemporary Photography in Hawaii 2014 juried exhibition in Honolulu. Submissions are due by month's end, five submissions per photographer allowed. I think I've narrowed it down to 15 or so images but that now has to be edited down to five... a seemingly impossible task. Indecision sets in... I thought a look at the work of the two jurors might provide some insight. I was wrong.

I need an editor.
Posted by Tony Novak-Clifford at 8:21 PM No comments:

Updates and a Call For Entries/ Contemporary Photography In Hawaii 2014 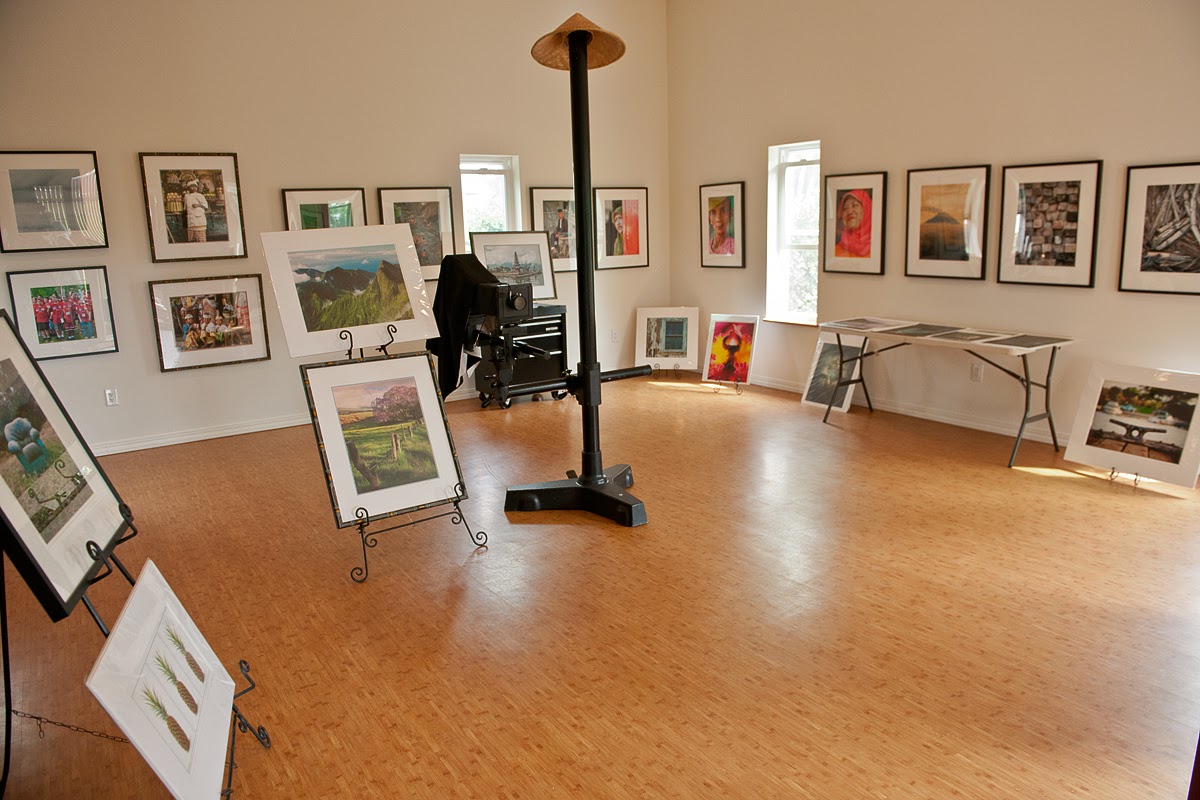 Last friday spent converting the studio into a makeshift gallery for this past weekend's two-day Maui Open Studio event. 48 artists in the Upcountry area of the island threw open the doors to their studios, galleries & workspaces to the public. Curious art seekers were given booklets & maps to the various participating artist locations, then got in their cars and checked out what was cooking on the Maui art scene. Most locations served refreshments and it was a chance to, in a relaxed setting, show & talk with guests about our work. Rains helped on Saturday to bring out the crowds. I had roughly 50-60 visitors. Sunday's weather changed for the better... the first sunny, tropical day in quite some time. Visitor count was lower as I am guessing that many island visitors decided to spend the day enjoying the sunshine instead. Still had around 30 visitors on Sunday even though the day was so beautiful. A group of late stragglers turned up just before closing up shop and voted me as having the best banana bread in Haiku (freshly baked that morning)!

One visitor I was particularly happy to see was noted sports/action photographer Darrel Wong. Over the years, Darrel has sent me several clients and I have reciprocated. We have talked on the phone but had never met in person. Great guy and I was very happy to finally meet face to face. 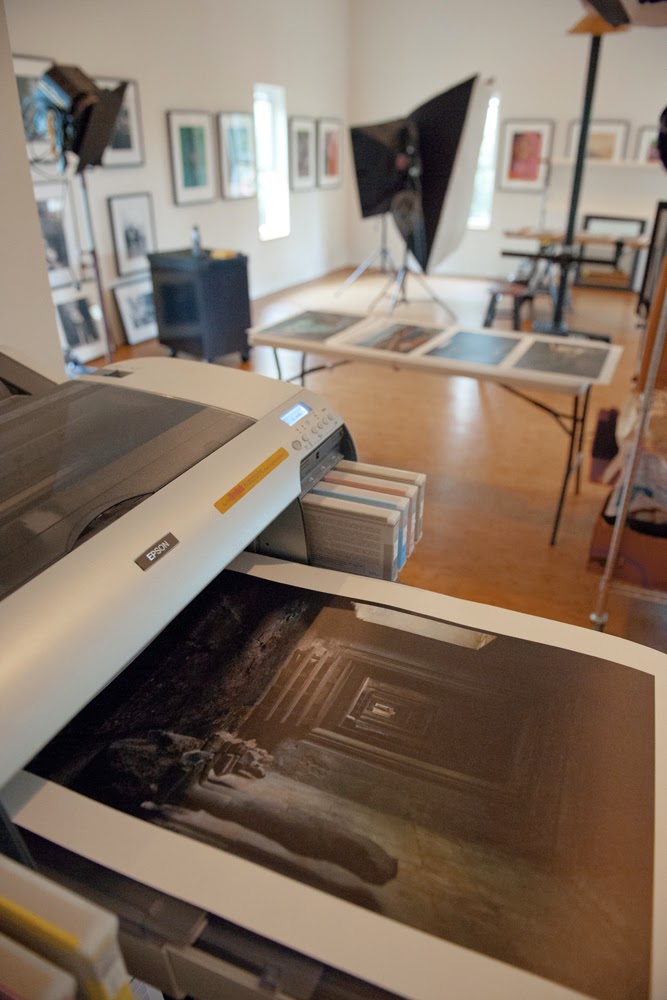 Met a lot of other lovely folks during the weekend event and if any of them check in to read this entry, thanks for dropping by! It was very nice to meet and have a chance to talk with all of you!

Today, I received an email from David Ulrich, Director of The University of Hawaii's Pacific New Media Center, alerting me to a Call For Entries for the upcoming Contemporary Photography In Hawaii 2014: The Sixth Annual Survey juried exhibition. The exhibition will be held in The Andrew Rose Gallery on Bishop St. in downtown Honolulu April 11-May 2. Entries must be submitted by email no later than February 28, 6pm, no exceptions. Hoping that this year will see more submissions from Maui photographers. Read the prospectus below for submission guidelines and more information: 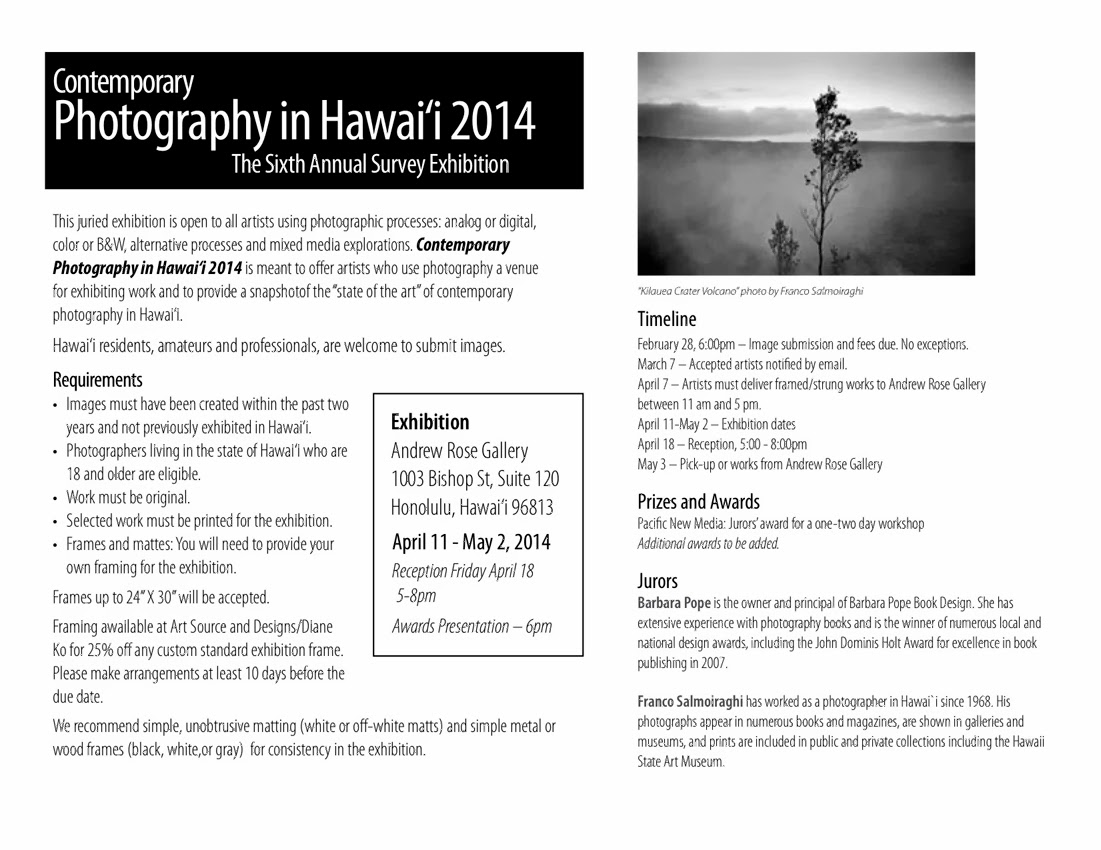 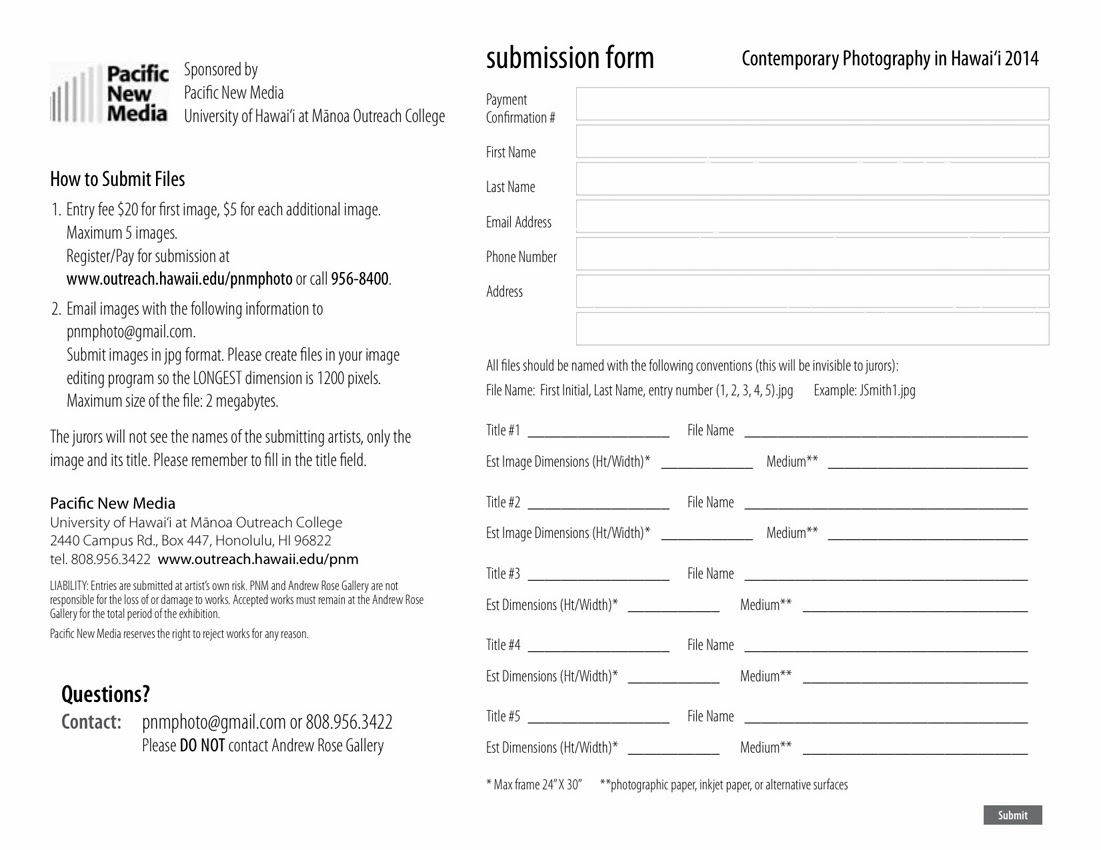 It's a rarity that I am called with , or even accept, requests for family portraiture or other assignments falling into the realm of consumer photography. Then the call came in from a close artist friend asking would I be interested in taking some family photographs of one of his best patron's brood.

So... thursday afternoon, I find myself chasing a 2 1/2 year old around the expansive lawn of a south shore beachfront estate. The owner, a well-known captain of industry, has commissioned me to capture photographs of his granddaughter and other family members.

For an hour or so, the child & I played cat & mouse among the palm trees. Two year olds are a force of nature unto themselves and all I could do was follow, shoot and hope for the best. Oddly enough, the resulting images revealed only a sense of poise and premature maturity.

So delighted with the initial previews sent to the family over the weekend, I have been invited to join them tomorrow for luncheon at one of the island's toniest upcountry eateries. 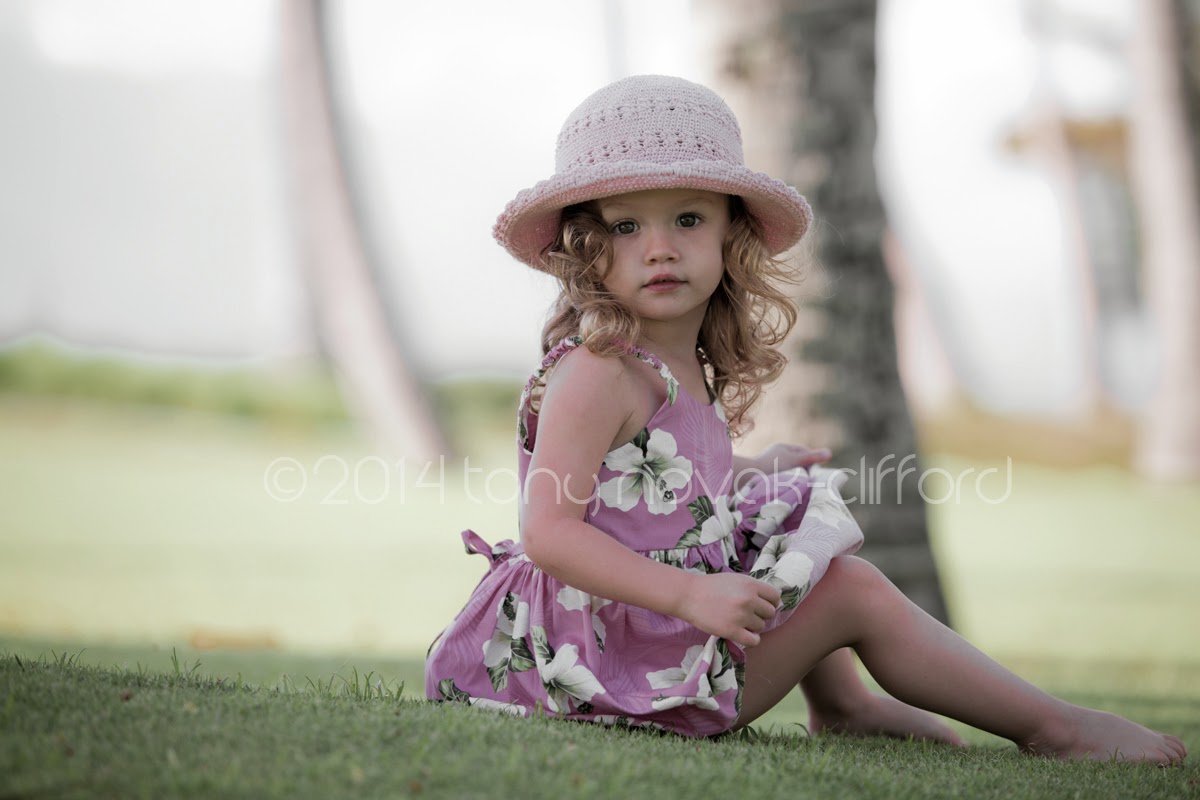 Posted by Tony Novak-Clifford at 12:37 PM No comments: