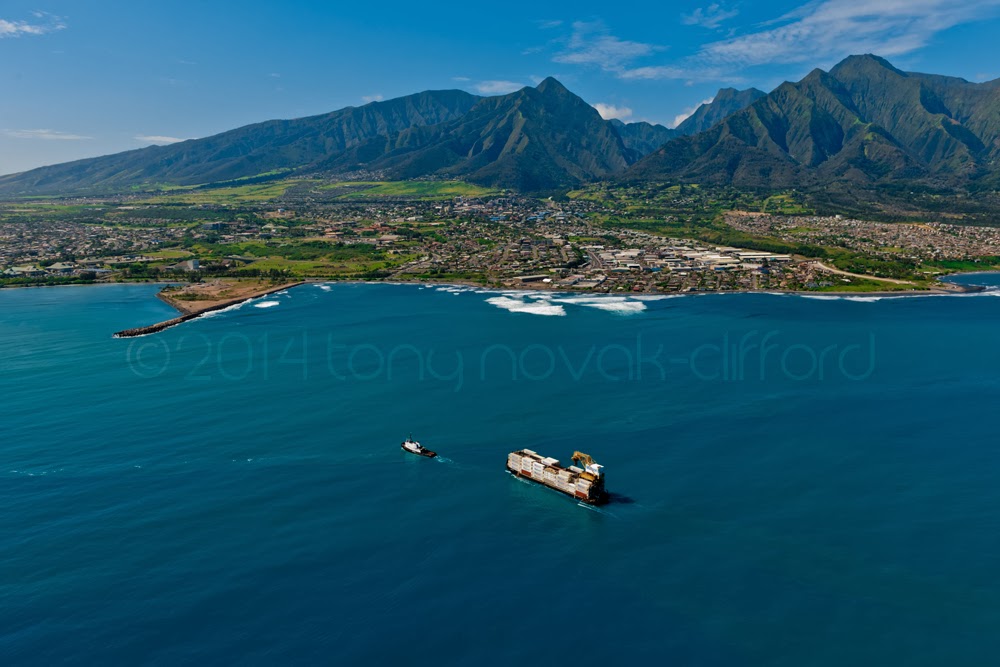 In pursuit of wrapping up Phase II of the recent architectural project, a helicopter was chartered for some aerial work. The Robinson 22 is a tiny aircraft, seats a pilot & one passenger only. The cockpit, a small plastic bubble offering clean 180 degree views.

The day was crisp & blue...ideal conditions. On the way to the building, I managed to capture a few images of the Matson Container Barge & tug chugging it's way into the island's only deep water harbor and central supply depot.

Most of the items we buy, use and eventually discard arrive in the island's by sea freight.
Posted by Tony Novak-Clifford at 9:12 AM No comments:

The building sits two blocks from the old studio space. Architecturally speaking, it's quite unusual; a turreted, modern, ivy-clad structure rising out of a small grove of palms smack dab in the middle of the town's business, legal & state-county services section. In paradox to it's urban setting, the building also sits at the gateway to lush valley of Iao with it's boulder-lined stream and soaring vertical mountain walls.

An elegant brass & dark marble entrance lobby greets you as you pass through the doors- flanked with arch-topped smoked glass windows rising five stories from ground level on either side. Inside the corridors on each level, you find the familiar florescent lit, plastic hallways. Pass though the rich koa veneer doors leading into the various office configurations and wow... a wall of floor to ceiling windows with views so magically distracting that it becomes easier to understand why the wheels of local government, the building's principal current occupants, turn so very slowly...

Pleased with the resulting body of work, the client has added another small project that I hope to complete by the end of this week. 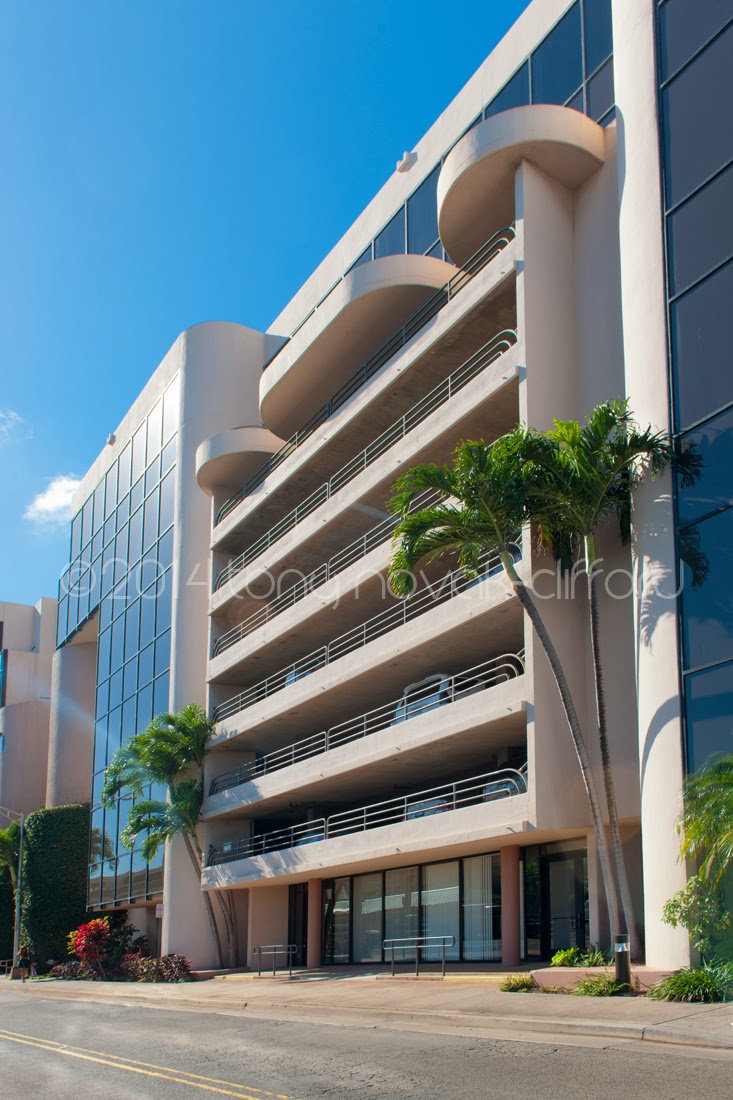 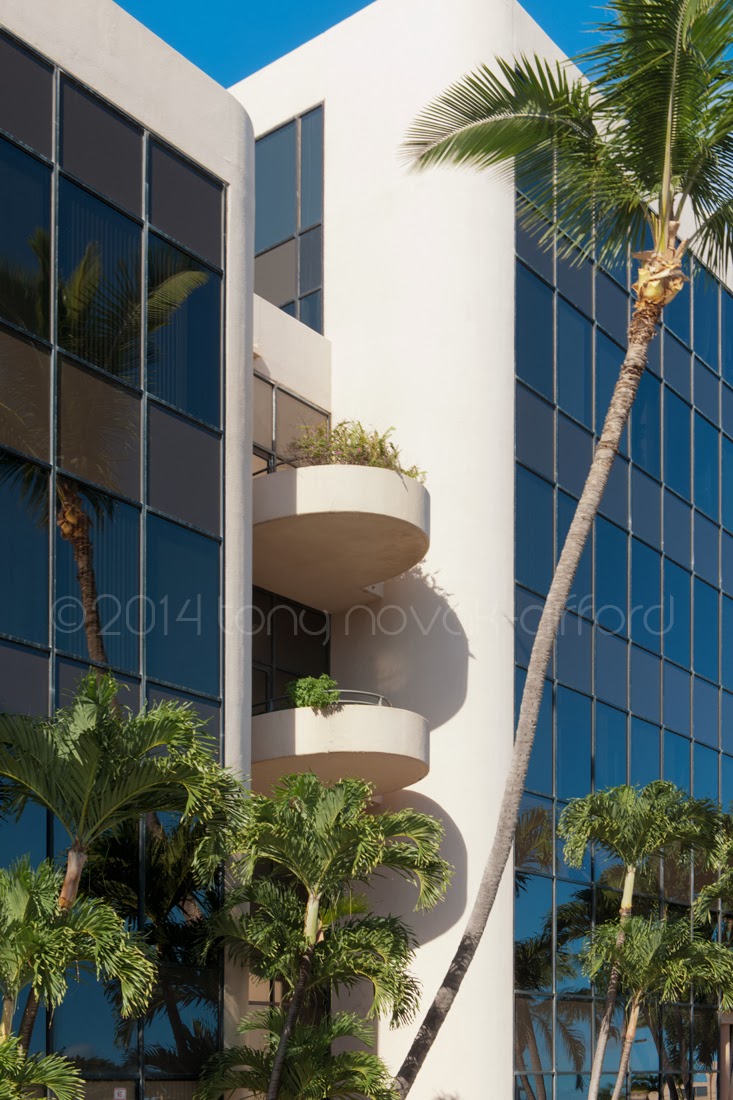 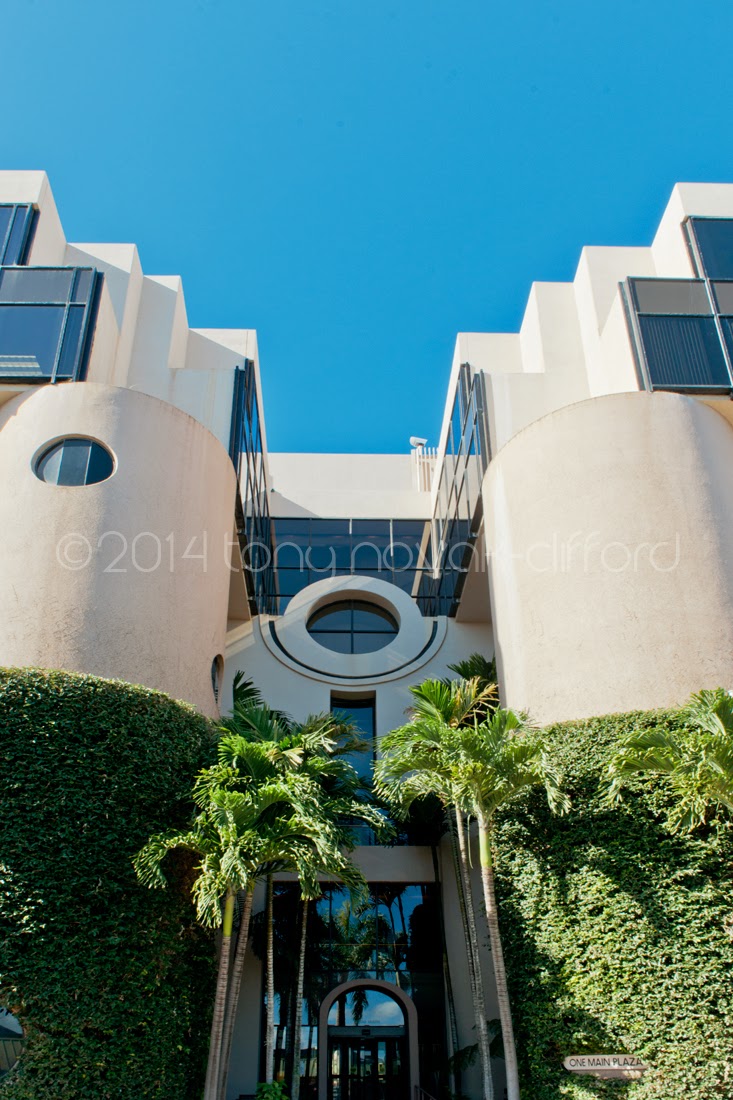 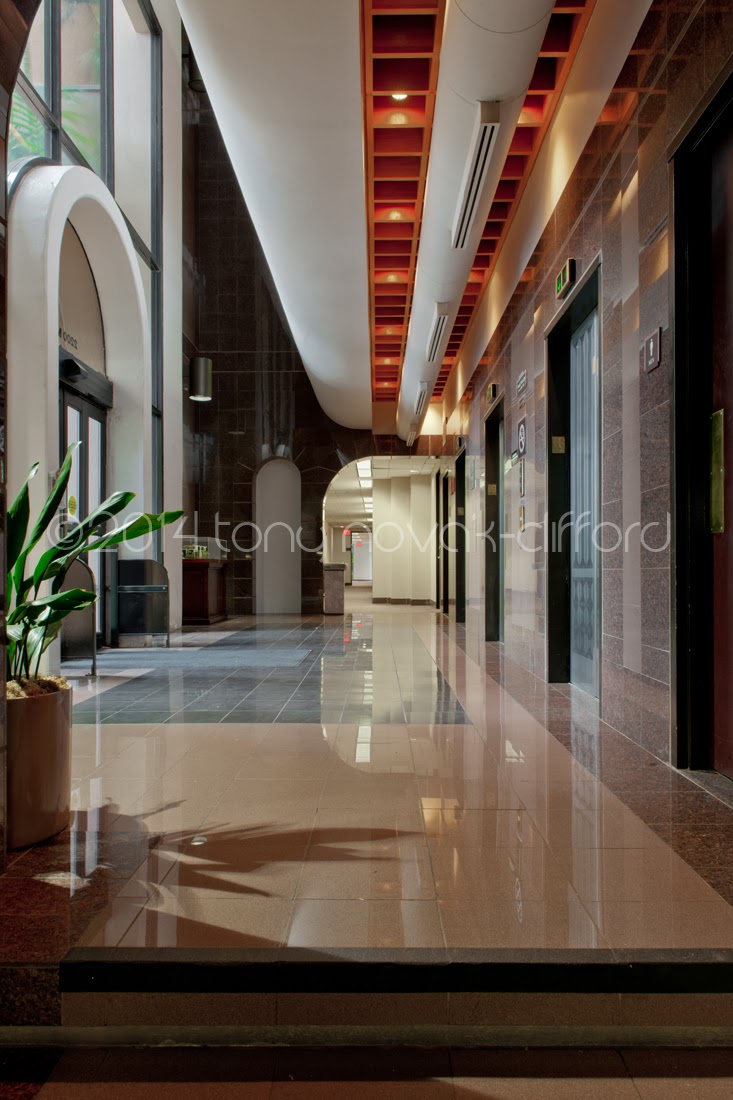 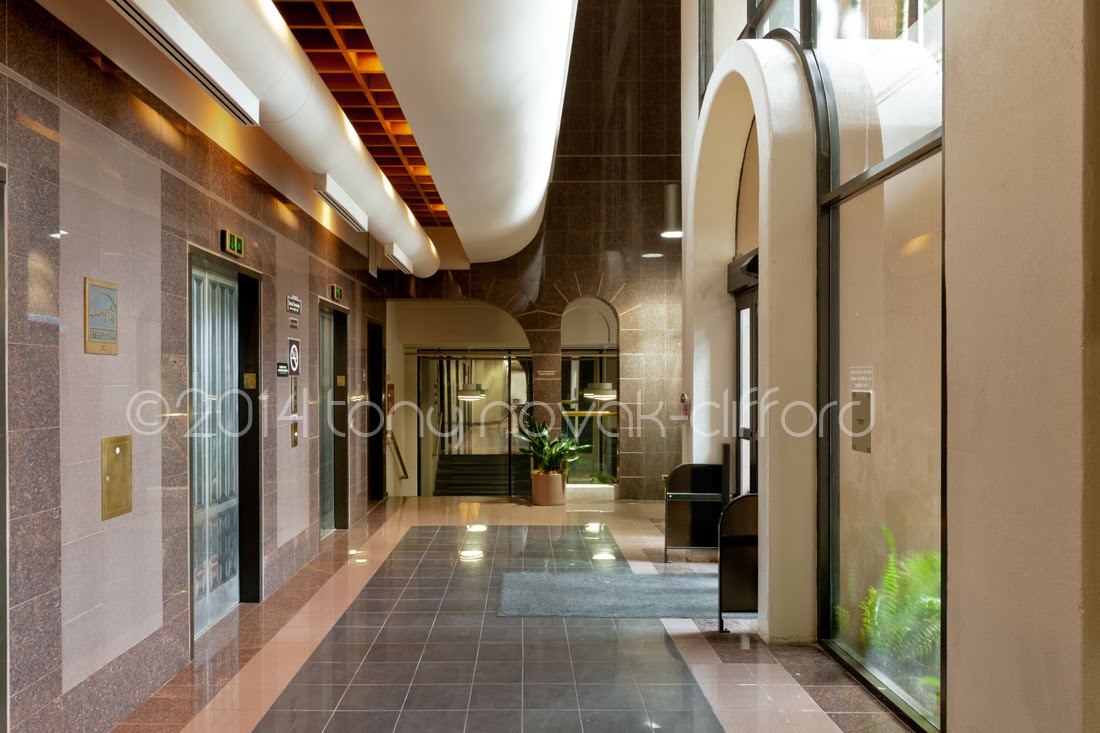 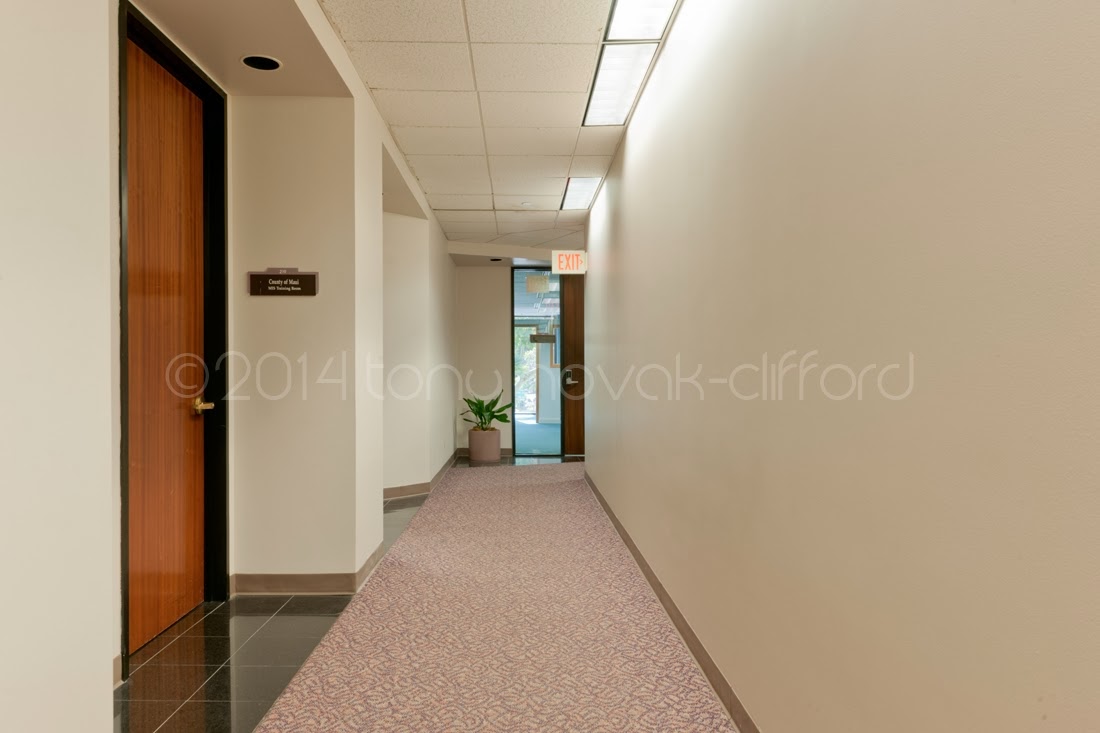 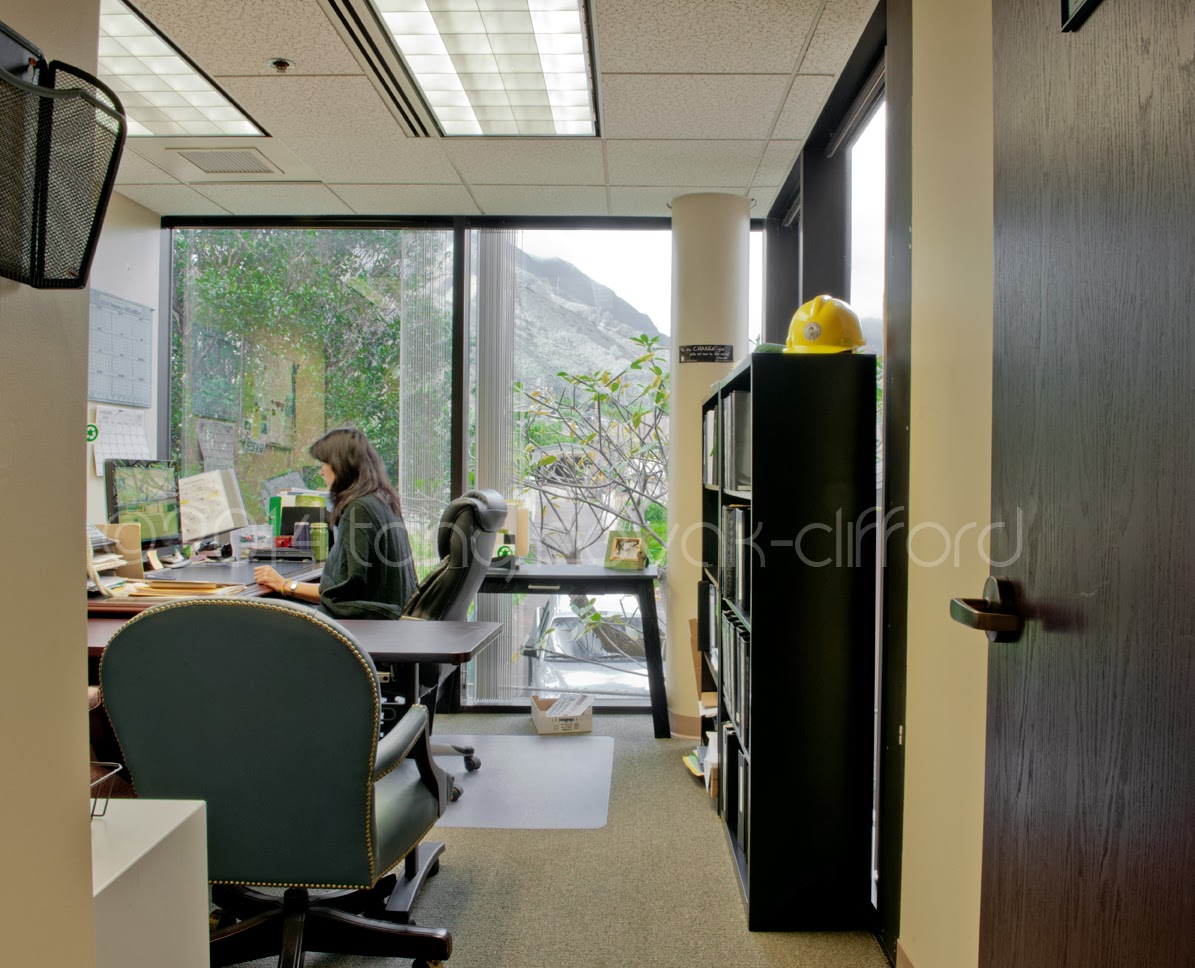 Posted by Tony Novak-Clifford at 6:21 PM No comments:

Yesterday, despite stormy, inclement weather, we found ourselves crawling around steep jungle cliffs, hairpin turns and one-way bridges to produce the first assignment of the new year... the final shots for an editorial piece begun a couple of weeks ago for Washington State's Journey Magazine. My destination was the Travassa Hana Experiential Resort, tucked away in the small, remote east-side town of Hana. The goal... a handful of food shots & a portrait of new Executive Chef Derek Watanabe.

I admit to being somewhat skeptical at my editor's insistence on including this venue in an upcoming "Hawaii Farm to Table" movement feature. I had eaten here several times in the past and completed each meal completely underwhelmed. A quick look at reviews on Trip Advisor and Yelp indicated that the place be best avoided.

Still, we made the drive, despite frequent downpours, some minor flooding and a parade of rental cars also intent on reaching Hana.

Immediately upon arrival and loading gear into the dining room, I was met by Chef Derek, taking over Executive Chef duties only four months ago. Previously, Chef had worked at the illustrious Alan Wong's in Honolulu. This alone indicated that things may have changed for the better in terms of resort dining at this hotel. Derek was quiet, industrious and brought out the first dish promptly as I had just finished setting up the camera. A salad of local grown pohole fern, cherry tomatoes and colorful watermelon radish resting on a block of ice made of Hana citrus juices and sweet peppers. It was beautiful and I went to work quickly to capture an image before the ice block melted.

Next up, a platter of samples of local beef preparations... equally as beautiful. One of the preparations... a stew made of braised short ribs and poi topped with salted lomi lomi salmon was quite incredible! House prepared brisket wrapped around local-grown hearts of palm and a lilikoi-glazed tenderloin rounded out the platter.

After the food, Chef stood humbly and dutifully for his portraits in a glass enclosed and airy lanai area at the rear of the dining room. Fifteen minutes later, the assignment was wrapped up and I packed gear and loaded the car as the skies opened up with a torrential downpour.

I had planned on meeting friends & Hana residents Tad & Dean to deliver a bag of fresh-picked starfruit from my yard & for a little lunch before taking the road again to return to the studio. On the way, the rains increased as the road narrowed. A recently repaired bridge at Venus Pools, just past Hana, transported me over a brown, raging torrent where there is usually only a dry stream bed or a trickle. Looking up towards the mountain, I could see a deluge high above with no place to go but down the mountain and towards the bridge.

On arriving at Tad & Dean's, it was obvious that they had been detained in their errand running. Prudence indicated that I best leave the fruit I had brought and get back on the road, heading for home before the roads flooded and bridges became impassable.

Arrived back at the studio around 4pm and downloaded the images and worked until 8:30pm editing, retouching and uploading previews to my editor in Washington. Rains continued here through the night & morning but the assignment is now complete.

Posted by Tony Novak-Clifford at 3:39 PM No comments:

The tearsheet above was found in my mailbox on the final day of last year. An assignment that found us soliciting tourists at the Nu'uanu Pali Lookout to be photographed with windblown hair and several trips up the Waianae Coast to Makaha & Yokomama Beaches in search of long stretches of sand and clear blue skies.

One of the images made the magazine's center spread, always a treat when they run 'em BIG. Thanks to No. Cal. Via Magazine's PE, Maggie Perkins, for sending us out on another fun one!
Posted by Tony Novak-Clifford at 5:52 PM No comments: