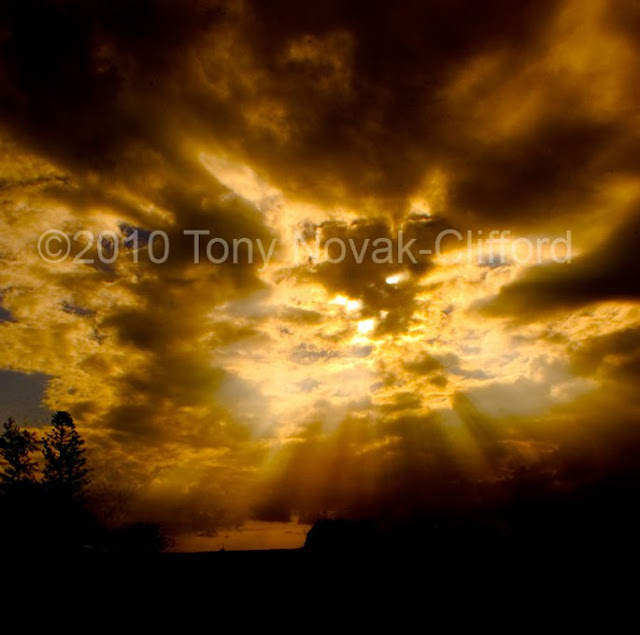 Arrived at today's shoot location early to have the opportunity to nail down camera angles, etc. prior to the arrival of the stylist & subject. On the slate was another in a series of environmental, testimonial portraits to be used in campaign literature & direct mail marketing pieces in the coming political election cycle.


Overnight fear about less than ideal lighting conditions due to a sudden loss of the usual trade wind flow were confirmed in spades upon my arrival. The scene above was what I was faced with when I arrived. Beautiful to look at but completely NOT what I was hoping for. Stressing and fumbling as I swilled the remaining dregs of the coffee mug, a few minutes later the rest of the crew arrived. Snap decisions regarding wardrobe for the shoot were made in the parking lot. The talent was outfitted accordingly and just as everyone was taking their place, a breeze and cloud movement  occurred as if cued. North Shore weather conditions are always ephemeral and today was no exception.  Several posing & propping scenarios quickly run through with good results and it was off to the second, indoor location to finish up the last images for this portion of the campaign.


Found this little ditty on Facebook this morning, posted by Burns Auto Parts-Consultants.  Freelance copy writer Bill Kurth had written advertising copy for Madison Avenue advertising giant Young & Rubicam for the agency to use to pitch an account. The agency won the account. The agency didn't pay Mr. Kurth for his work and after several months, stopped responding to his email requests for payment. Mr. Kurth made a little video about his ordeal. Mr. Kurth certainly burned his bridges with Y&R, but had a lot of fun doing it. He got paid too.  See his video below.

The deadline for entry to La's prestigious Art of Photography  show is 11:59pm on June 1st. Registration & entries can be uploaded online here.


The official start of the summer season begins with the arrival of the three day Memorial Day Weekend. Enjoy your time off & try to spend a moment or two pondering the reason we celebrate Memorial Day. We'll be back at it again on Tuesday.


Happy Memorial Day to all! 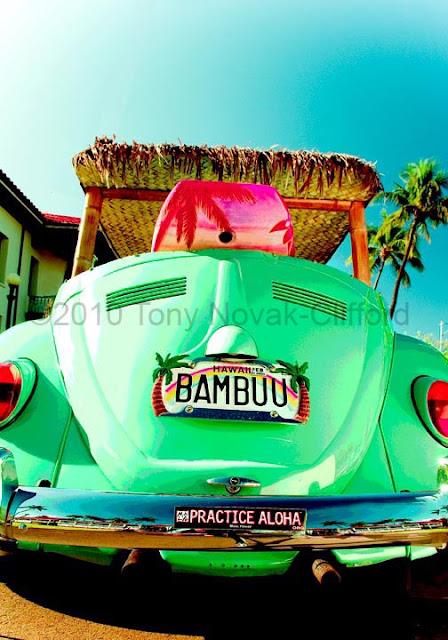 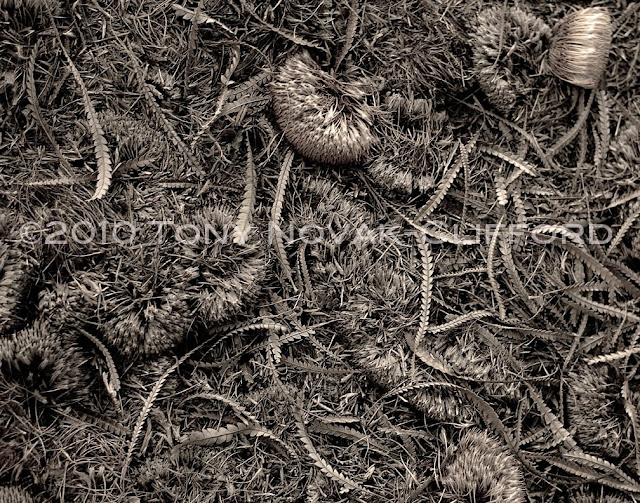 Posted by Tony Novak-Clifford at 4:22 PM No comments:


Another week has passed. Travel to the Big Island in pursuit of political testimonial portraiture took place on tuesday, commissioned by the LCA-Anthology agency in Honolulu. Two subjects were scheduled... one at the Imiloa Astronomy Center in Hilo, an educational resource facility of amazing modern architectural design. The second subject - a high-powered Civil Engineer overseeing the reconstruction of the Saddle Road, the route through the volcanos connecting the east sides of the island with the south & west. The shoot at Imiloa was scheduled for late morning and weather was not with us, as is often the case in Hilo, a town often shrouded in clouds. Our shoot day and time were no exceptions. Fortunately, my subject was good-spirited & cooperative.
For the Saddle Road portion of the assignment, scheduled for later that afternoon, I met the subject at her office in Hilo at 2pm. Climbing into my rented Jeep SUV, we ascended the slopes, passing terrain straight out of the Jurrasic period. My heart sank as we soon were surrounded by clouds so thick that the road ahead was nearly completely obscured from view.   A few miles further and 1000 ft. or so higher, we burst thru the clouds and into bright sunshine and blue skies. Rugged lavascapes dotted here & there with ancient Pu'u (volcanic cinder cone hills) came into view and were perfect for our shoot location. Once the work was completed, it was back down the mountains and the mad dash to the airport to catch a 6:30pm flight to Honolulu and a 7:45 connecting flight back home to Maui. All lighting gear baggage arrived on all flights intact & in good working order.
As is often the case, pressing deadlines for print runs were ordered for this assignment, so once back on Maui at 8:30pm, it was back to the studio to unload the gear, download the days images, perform all the post-processing tasks & editing and upload the work via .ftp to the agency. The entire mission was completed by 11:30pm, then off to home for some much needed nourishment and sleep.
The following morning, up before the sun and off to Lahaina for an editorial architectural shoot at a beautifully refurbished historic home to be published as feature story in a future issue of Maui No Ka Oi Magazine. I wrapped up this assignment just a few short moments before the sun sank below the horizon.
The time up on the Big Island volcanos reminded me fondly of late afternoons & evenings spent in similar locations here on the Valley Isle...
Liquid days of lavender & lemonade, of lava & laughter. 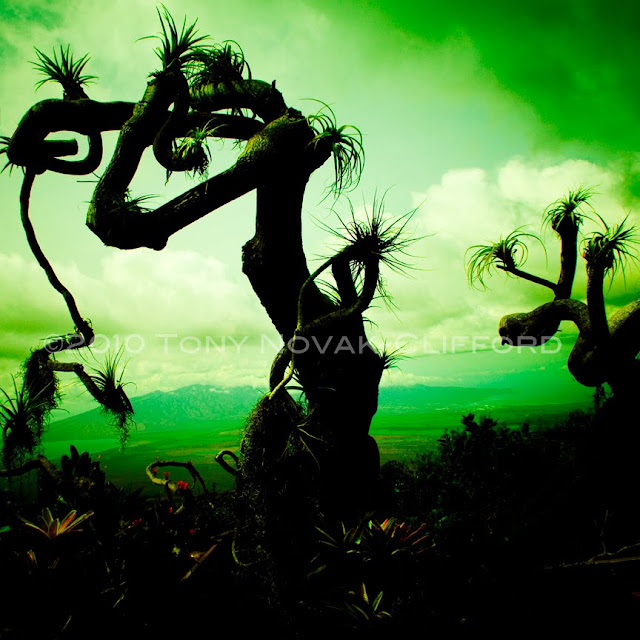 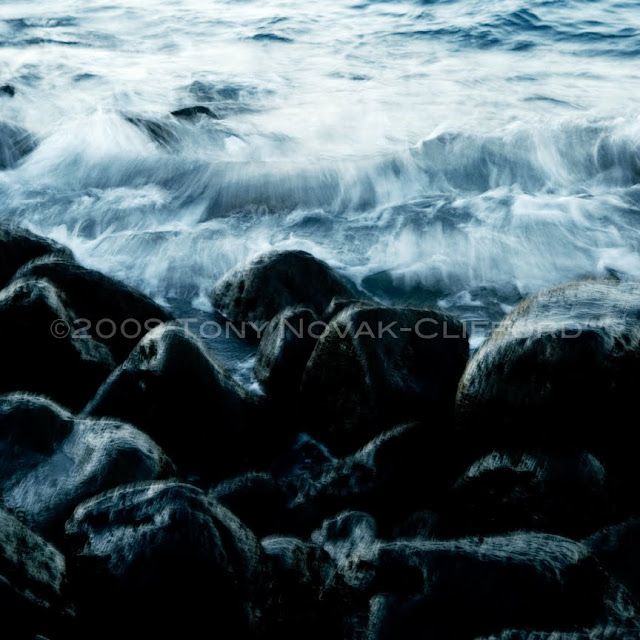 We Walked Here Together  ©2009 Tony Novak-Clifford 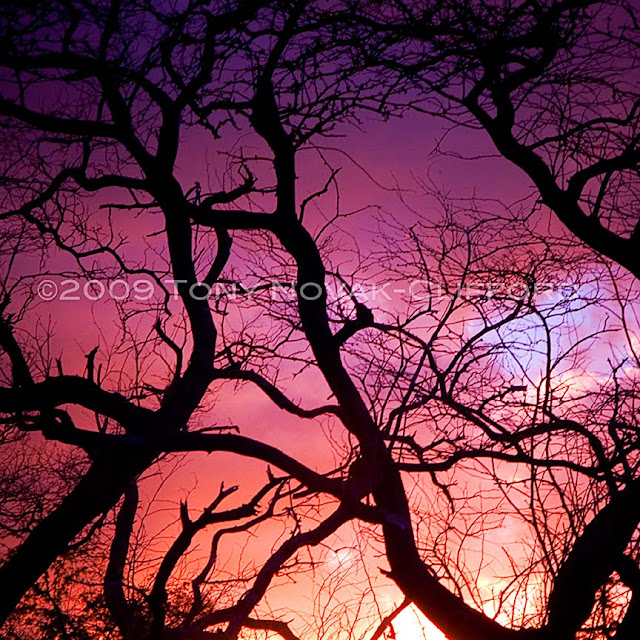 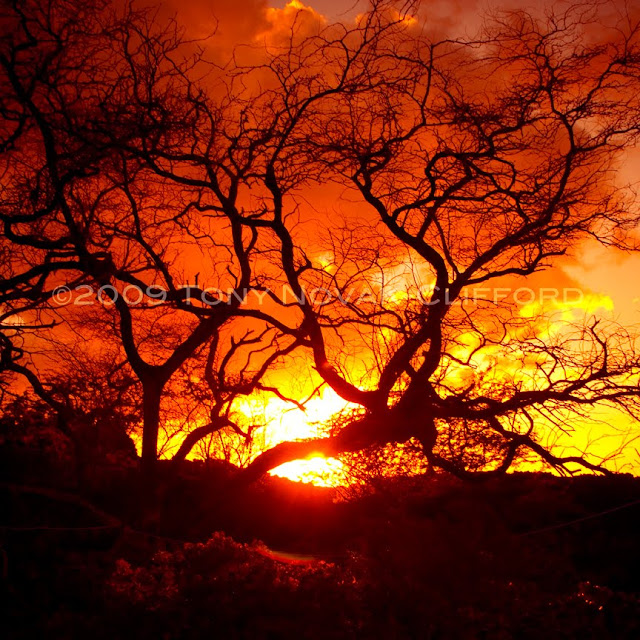 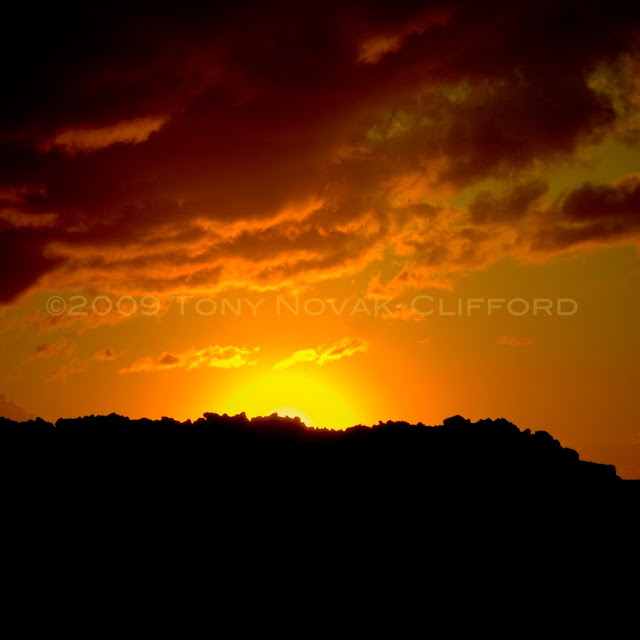 Art Around Town/ Stuff To Do This Weekend

Organized by the Museum of Art at Washington State University, this exhibit brings together a retrospective of 30 years of this remarkable artist’s development. It traces the evolution of Hansen’s narrative paintings which encompass the landscape of the rural West. Colorful large scale compositions of horses, dogs, fish, grasshoppers and Hansen’s alter ego "the Kernal" lead viewers into his playful world of humor and humanity.
FREE
More info here.
Opening Tonite At The Hui Noeau Visual Arts Center In Makawao:
_______________________________________________________
Exhibition Dates: May 8, 2010 - July 9, 2010

Hui No`eau Visual Arts Center is using a very familiar place as the impetus for this exhibition, that takes a playful swerve away from conventional working methods, encouraging unconventional pieces revolving around a theme well-known to all: the kitchen. This show deals with creating pieces using items from a traditional kitchen both as material and as tools to create works. It will challenge artists to experiment with different materials and techniques. The hope is to instigate artists to break away from their usual conventions of art making and approach the creative process in new and inspiring ways.
More Info here.
Posted by Tony Novak-Clifford at 7:25 PM No comments:

100 Yards... A Second Look For The Thousandth Time

900 feet, not a great distance, the length of a football field. If I stood at my front door and drew a circle with a radius of 100 yards, the area within that circle would contain a small microcosm of a world completely familiar to me. I could walk much of it with my eyes closed and rarely stumble. Along with the familiarity comes a jaded eye... seeing these accustomed objects, landmarks & surroundings on a daily basis without really seeing... without really looking. Time for a second look. 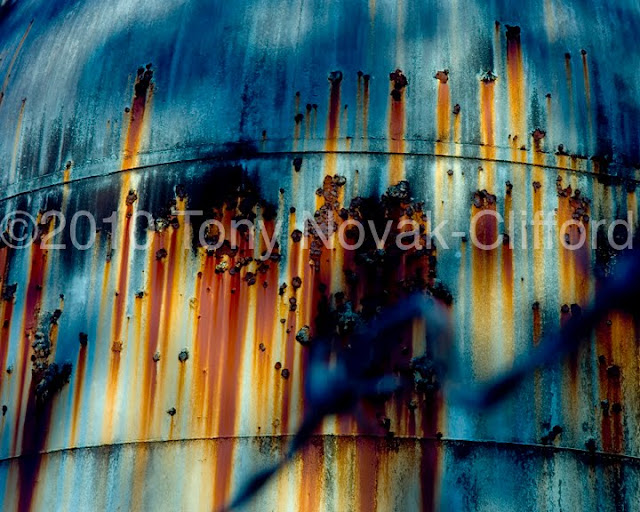 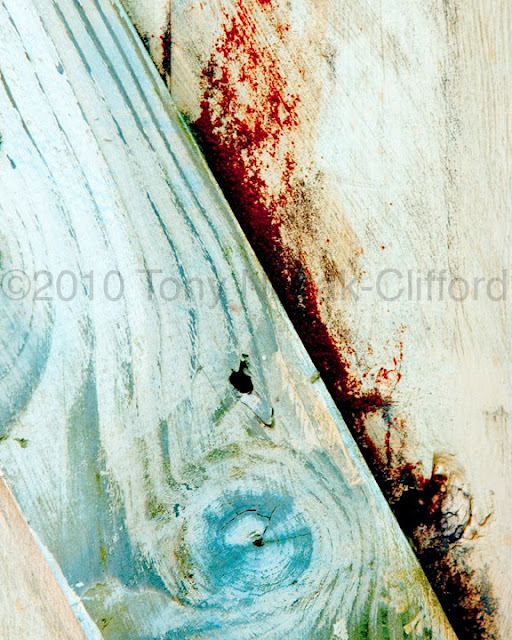 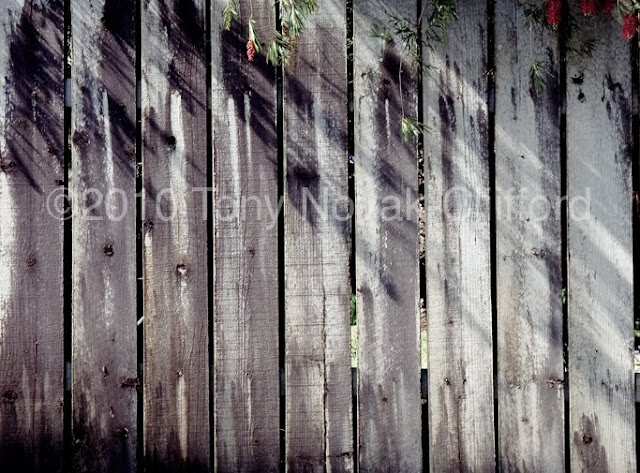 Shadows Falling On A Fence 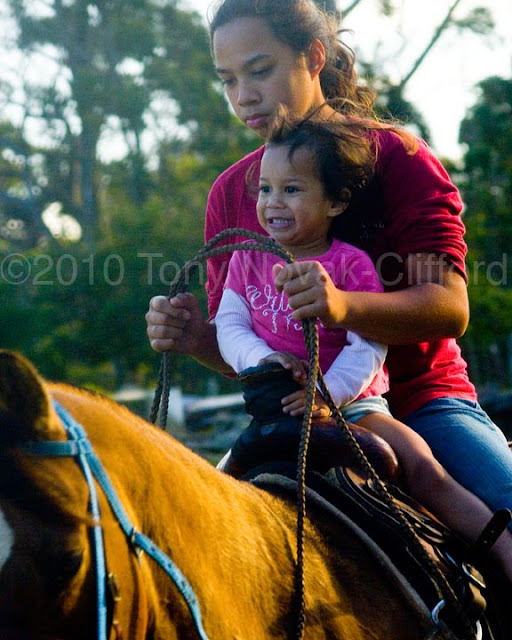 Neighbors On Horseback
Posted by Tony Novak-Clifford at 7:03 PM 1 comment: