Posted by Tony Novak-Clifford at 4:07 PM No comments:

A Night On The Town... or Better Late Than Never...

Friday Night, November 14, the West Maui glitterati descended upon I'O Restaurant in Lahaina for an evening of food, fun and FASHION as Maui's own dresser of the stars (Paris Hilton, Terri Hatcher, Halle Berry), Maggie Coulombe, debuted her latest designs to an eager public. On hand were great wines, delicious hor' dourves, beautiful women and paparazzi aplenty.
Fortunately, yours truly had an ALL ACCESS PASS and a front row seat to the festivities. I now bring you some highlights from the event. 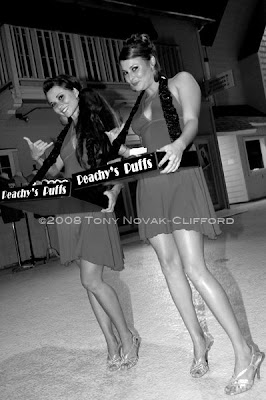 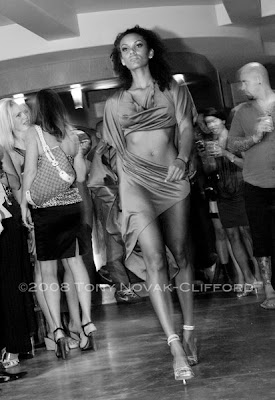 Beauties On The Runway 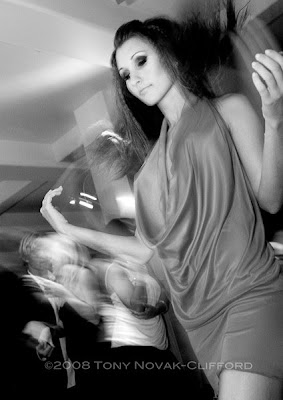 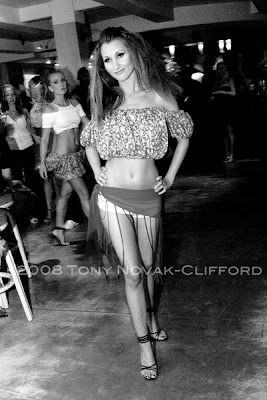 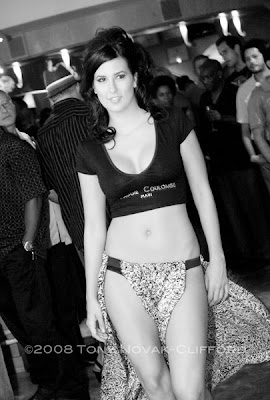 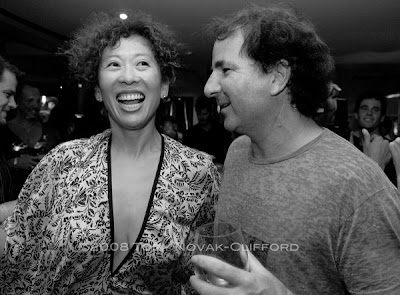 The Designer with her Restauranteur Husband, Lois Coulombe Celebrate A Great Party!
Posted by Tony Novak-Clifford at 3:07 PM No comments:

The View From The Cheap Seats 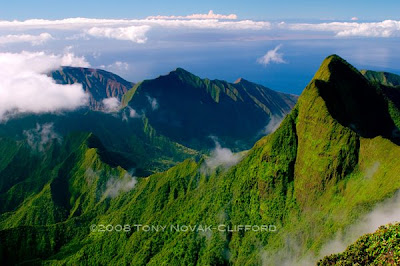 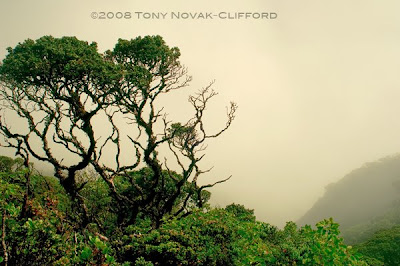 Has it really been over a week since making an entry to this blog?
Sadly, there has been little of an inspiring nature to write about. The economic realities of life in the most remote tourism destination on the planet, a destination overly reliant on disposable income and completely subject to the whims of the global markets, have hit the islands like a 500 ton bomb. In normal times, the last two months of the year more often than not bring a flurry of last minute advertising assignments as agencies and advertisers hurry to spend the last dollars of their allotted annual budgets before January 1. Not so this year and I hear the same sad tale from many colleagues scattered around the island.
The silver lining within this dark cloud of doom is that magazine publishers around the state continue to publish their products and continue to have a need for photographic content. With any luck, editorial assignments will pull us through until the negative financial tides abate.
The images above are from a day spent hiking down from high atop the razor-edged ridges of the West Maui Mountains, the heart of the West Maui Watershed and source of most of the drinking water for all of West Maui. I and several others were deposited by helicopter at the very top of the mountains. The first image shows the view as I walked from our landing site to the very peak of mountain. From this vantage point, I could look right down into Iao Valley on the other side of the peak and all the way across the Alenuihaha Channel which separates Maui from the Big Island. On this particular morning, the skies were amazingly clear and we were able to clearly see the peaks of Mauna Loa & Mauna Kea on the Big Island. From here we slowly descended the mountain on foot through thick rain-forest terrain where literally hundreds of rare species of prehistoric-looking trees, ferns and ground orchids... even green silverswords surrounded us. The ground was a wet, saturated and muddy bog which required that we all keep our feet on the narrow boardwalk installed in recent years by members of Kapalua Land Company's Watershed Management Team. Randy Bartlett heads up this team of dedicated forest managers and acted as our guide for the day. A Big Mahalo Randy!
The two images at the top of this entry have been included in the lovely coffee-table style book Kapalua Nui, with text by Jocelyn Fujii. Follow the link to order online. More images from that day are being added to the "Projects" section of my website. You can what's been uploaded so far by clicking here.
Posted by Tony Novak-Clifford at 1:56 PM No comments: 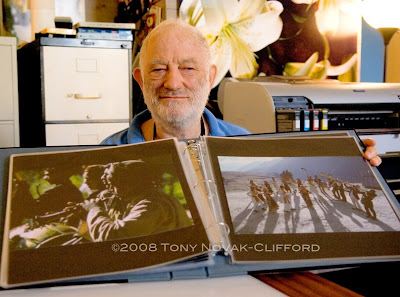 Yesterday, I was paid a visit by my friend David Lewiston (pictured above), once described in an article published in the New York Times as a "musical tourist of the world".
David is perhaps best known for his original, early audio recordings of ethnic world music, being the first person ever to make audio recordings of Balinese gamelan music in 1966. Those recordings were released as phonograph recordings (remember those?) as "Music From the Morning of the World" on the Nonesuch label. This was back in the day when Bali was still far off the beaten tourism track and still quite undeveloped.
Since then, David has travelled to many remote corners of the globe in search of recording opportunities, and has compiled an archive of over 400 hours of audio recordings which include Tibetan Monk Rituals, South & Central American tribal music from Brazil, Columbia, Ecuador, Peru, Guatemala & Mexico, Kashmir, Ladakh, Himachal Pradesh in India's West Himalya, Gilgit & Hunza in Pakistan's Northwest Frontier Province, Darjeeling & Sikkim in the East Himalya, the Republic of Georgia and Morocco.
Besides being an authority of ethno-anthropological musical forms, David is also an outstanding photographer who, along with his recording equipment, always kept a camera close by. His photographs made during those travels are simply stunning and unique glimpses into cultures most of us will never have an opportunity to experience.
David called me a few days ago to ask if I would be willing to provide some assistance in editing a small portfolio of these images to be used in pursuit of a Guggenheim grant which would enable him to digitize and permanently archive his best images for all of posterity to enjoy and learn from. Of course, I jumped at the chance... for the opportunity to both view more of his work and to sit and listen, fascinated, by his wondrous tales of those travels to primitive places.
Posted by Tony Novak-Clifford at 3:00 PM No comments: 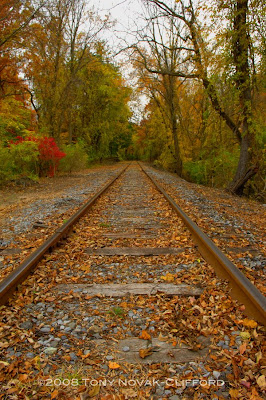 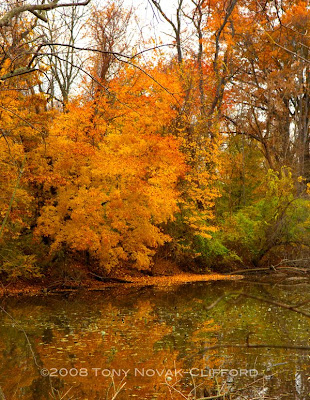 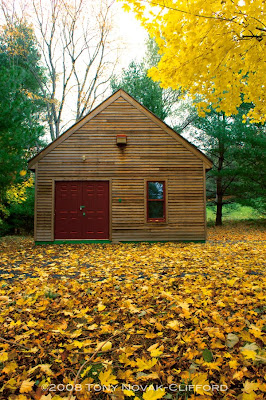 I returned home to Hawaii last night after a whirlwind two days on the ground in the northeast. Fall colors were still in full swing... something I haven't seen in twenty-six years. Driving around in the hill country surrounding Chadd's Ford & Mendenhall, Pennsylvania on my way to Wilmington, Delaware (home of the massive family estate of the industrialist DuPont family), I found myself pulling over almost every 100 meters to snap a photograph or two.
Posted by Tony Novak-Clifford at 5:03 PM No comments:

It's 5:57 AM on Election Day. I'm drinking strong coffee in the home of a relative, a staunch republican no less, in the leafy-suburbs outside Philadelphia, the cradle of the American form of Democracy. The polls will open shortly and I have that kid-on-chistmas-eve feeling of excitement for the possibilities posed should my fellow citizens actually decide to send BO to the White House.

Please don't forget to vote!
Posted by Tony Novak-Clifford at 2:53 AM No comments: