The World Has Changed Since Last We Met

Let's see... so much has transpired since last time we met here. There was a BIG earthquake, in some places a BIG tsunami - other, smaller tsunamis elsewhere, but tsunamis nonetheless. Somewhere to the northwest of me, a nuclear reactor has gone all meltdown on us and far, far to the northeast of me, the US has begun to embark on yet it's third war in a place where we have no business... that is, if you exclude the business of OIL. Limbaugh & Coulter remind us daily of the overwhelming health benefits of a little radiation. After all, what's a few sub-molecular sized bullets amongst friends, eh? Populations of entire cities in Japan scramble for shelter, food and a safe place to begin the process of recovery, while radical US Governors seek to quickly transfer that last remaining vestiges of public wealth of any form into the hands of private greedheads under the ruse of budget balancing. FUCK YOU Milton Friedman & your whole theory of ecomonics! Just like Karl Marx, you forgot to consider the individual greed factor when devising your revolutionary ideas.


Here on the home front, I'm both sad & extremely happy to say that there's been precious little time to take the events of the last week or so in, much less to process any of it in any meaningful way. The work situation seems to be rebounding with a sudden fury... selfishly good news in the midst of an otherwise global shitstorm.


Art Maui, the island's annual juried exhibition is again open to the public through April 2nd. Your's Truly has again bamboozled the judges into accepting work for this year's show.


Work has begun on new images for an advertising campaign for one of the island's most popular tourist attractions, another campaign begun for our island's one & only vineyard & wine producer, an editorial, "at home on Maui" profile of one of our better known-international musical celebrities now in the can & destined for the future pages of MAUI NO KA OI Magazine and today, two editorial pieces shot a couple of months ago appeared in the pages of Modern Luxury Hawaii Magazine, now on a newsstand near you.


Yesterday, after a busy day of gallery sitting during the weekly resort gallery exhibitions at The Four Seasons Resort, it was off to Lahaina until late in the night to work on a new music video to coincide with the soon-to-be released second album from THE THROWDOWNS. Cover art for that project is scheduled to be produced in the next couple of weeks. Stay tuned.


And, there's ongoing imaging for Hawaii recording stars HAPA and side projects for HAPA founder & friend of many years, Barry Flanagan.


To all of the above, you can add coverage of an all day outdoor music festival held at the Maui Arts & Cultural Center last week and the usual & never-ending stuff one is forced to do when running a business... all of those end of the year tax preparations, bill paying, bill collecting.... it never ends.


So today, after a long night of video production and a very full previous two weeks, I am exhausted. I should be shooting wine bottles in the studio instead of typing. It will have to wait until tomorrow... the brain muscles need flexing of another sort for the moment.


Lastly, allow me to lead you to a very fine editorial piece written by Maui News SCENE editor Rick Chatenever from last week, eruditely stating - in the public prints no less - a sentiment most of us within the Maui Art Community have been saying amongst ourselves for some time now. Rick's column was welcome contrast to another review on the matter appearing between the pages of a competing exercise in fish-wrap journalism, penned by an author sharing the same initials with the revered peanut butter, jelly & banana sandwich & instantly recognizable by the brown stain surrounding his lips whenever he takes up pen to heap accolades on the artist who's true medium is the Art of Noise  Oh well, the squeaky wheel will always get the grease & Rick's piece, "Art. Or not", found HERE, was a delightfully unexpected greasing, well deserved & long overdue.


Let's not forget to take a moment to remember those people around the world suffering from tectonic upheavals, military might, corporate greed, the politicians highly paid to pimp for them and the very real possibility of atomic exposure to large portions of our planet... oh wait... that's good for you, right?

Third Trip Around The Sun

Three years have now passed since we first published this thing on the weird wide web... CTL, now three years old. That should count as some sort of milestone, don't you think? Many of my favorite photography blogs of the last few years have vanished... well, not exactly vanished... the blogs are still online. The authors, however, have gone missing in action. Perfectly understandable. People are busy, there's stuff that must get done... And, as much as we, they, I struggle to bring relevancy on a weekly basis or more - blogging is, overall, an exercise in vanity.


Even my initial focus when I began this thing three years ago - primarily to bring information to my peers, to offer support in the necessary art of minding the store  when engaged in the business of art - has shifted.


The world has changed. The new world is as image-hungry, image-driven as the old world was... even more so. The flip side to that equation is that now, thanks to the rise of affordable digital imaging tools, there is now a flood of available imagery and an army of producers of that imagery with little interest in putting in the sweat-equity of learning the business end of things; over-eager are they to gain exposure and/or to see their work and their names in print and believing that to be more than adequate compensation. Trade organizations like ASMP, APA, EP, even PPofA have been around for years, disseminating plenty of great information & support - free to members & non-members alike - easily accessible on the web. Most of the fresh new talent I talk with have never heard of these organizations. Worse yet, most appear to have little interest in exploring the very educational and helpful information at any of these organizational websites... at least until they get into trouble.


Selah... the world has changed. Learn the new dance or be trampled, eh? I was never a good dancer. Even though the world has changed... now that the economy is beginning to show signs of life... my work load is improving and I'm finding that clients both new and old continue to value creative work, are willing to pay to commission it, appreciate a professional approach to doing business, remain somewhat flexible in negotiating use and are less likely to seek out work done on the cheap by individuals with little proven track record.


So... here we are... marking an anniversary of sorts. And with all of the above now committed to bytes and out of the way, I can say that I have no intention of allowing this commemorative entry to descend into a rant. What's the use? There's the shift in focus - less ranting.


Yet fear not, loyal reader, as I will continue to post or link to relevant info found during my daily morning trolling sessions in the photo world. I know there are a lot of you that do, in fact, find those little tidbits of information & encouragement to be useful. I find it useful and posting it here keeps it in front of me and easily accessible.


And, as always... maybe even now more than ever, I will continue to provide twisted bits of wisdom, imaging successes, more peeks behind the scenes...


So with that in mind, Happy Birthday to CTL. Now, on to the meat...


Found this during my morning troll around the blogosphere... a letter
penned by photographer's rep, Heather Elder entitled: Dear Art Buyer. An open letter from a photographer's rep. Heather's letter is a heartfelt plea for a spirit of collaboration & communication between creatives, their agents & those that commission them. Much of the content with the letter seems like basic common sense, common courtesy... after all, we all have the same goal in mind, don't we - to communicate the client's message to the best of our abilities? Thanks to Leslie Burns Dell'Acqua & Heather Morton for the find.


Friend & client Joan B. sent me the following link via email today... leading to the BBC News website where there is posted an amazing audio slideshow highlighting the human condition by photographer Timothy Allen. The slide show, entitled Human Planet, features amazing imagery of people living in extreme parts of the globe all captured gloriously by Allen's lens. See your yourself HERE. Thanks for that, Joan!


Otherwise, things have been quite a bit busier that they were this time last year. The past week or so has brought assignments to produce new campaigns for not one, but two different tourism themed venues, a weekend event that was more freak-show than usual, a six day architectural project in the Princeville Resort area on the Island of Kauai, a proposal for three different remodeled & refreshed resorts on Oahu & the Big Island.


Thursday, the team & I will be capturing friend & legendary drummer Mick Fleetwood at his home & rehearsal studio high on the slopes of Haleakala, all to be published as an editorial At Home feature in one of the local lifestyle magazines.


Images from all the above to be posted soon...


And lastly - two weekends ago, legendary entertainer Elton John inaugurated the new performance stage and Yokouchi Pavilion in the A&B amphitheater, outdoors at the Maui Arts & Cultural Center. SPECTACULAR is the only way to describe the pyramid-shaped dome now offering solid weather protection & production rigging over the outdoor stage, as it's glass panels light up during an evening performance. Two shows, packed houses each night and a non-stop, three-hour roll through the greatest hits catalog with a few new tunes thrown in for good measure. Though not really a fan, myself... at least not since the early 1970's, the show was impressive as Sir Elton pummeled the keyboards, sang and occasionally looked quite pleased with himself through a marathon lasting a full three hours, barely stopping to catch his breath, engaging the audience & shouting out to other celebrity musicians hidden within the 4500+ audience (Eddie Vedder & Mick Fleetwood).


Yours truly had an all access pass for both performances and have finally gotten around to posting a few images from the night:


Thanks to all of you who have stuck with us throughout the last three years, Happy Birthday CTL!
Posted by Tony Novak-Clifford at 4:38 PM No comments:

Posted by Tony Novak-Clifford at 6:33 PM No comments:

"Now all my teachers are dead except silence." -W.S. Merwin 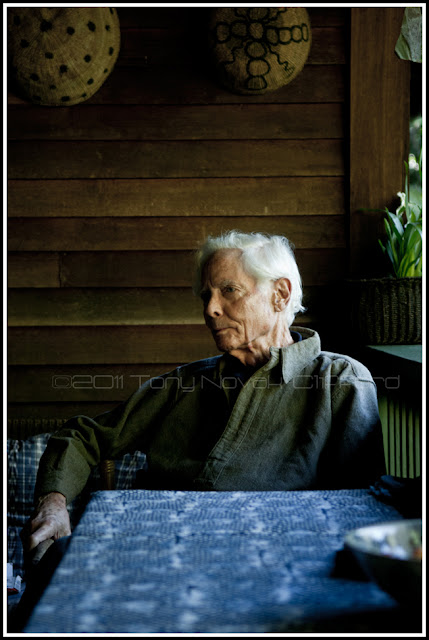